Aquarius is a mystery that cannot easily be solved. So even if you think you did, believe me, you didn’t.

One of their best features is that they always see the good in you. They won’t believe the rumors – they will always give you the benefit of the doubt. They are big on second chances as long as you really deserve it. Still, they’re like a lie detector, so don’t try to fool them. You will just end up regretting it.

After meeting an Aquarius, you will be left with many questions. They can sometimes be reserved, making it hard to be their friend. They have a poker face – you wonder if they are happy or sad all the time. You never know what they will do next.

Aquarius might be many things, but a coward never. They never let other people use them as a buffer. They take a stand and are never afraid to say their opinion. Sometimes, they get nervous while arguing, but they show their teeth when things get heated. Give them a reason to be feisty and get ready for a showdown.

It may sound like a good thing, but it is more of a flaw with the Aquarius. They never do things halfway, but only for their own good. Also, they hate being bossed around and following rules. Their rebellious side gets them in trouble a lot.

Aquarius likes to learn and discover new things. They want to teach people about facts because they see it as bonding. But they’re not bookworms – they’re more of a street-smart people. They are fond of late-night talks by the fireplace with their partner, with the risk of sounding cheesy.

5. Not a fan of being tied down

They indeed have a big circle of friends and they’re social butterflies. They go on hundred dates, but they never get serious about it. They like their independence and don’t plan on settling down – riding solo is their happiness. Aquarius is a lonely wolf and will never love someone as much as it loves itself. Don’t let that discourage you, though

Aquarius definitely uses their right side of the brain and thinks out of the box. Creative individuals show it not only by deeds but also by words. They don’t logically solve puzzles; they have some unique approach. They have their own view of the world, making them innovative and inspirational.

Aquarius looks very calm on the outside, but they’re boiling inside. They’re very skilled at avoiding people who annoy them. If you provoke them, they will fight back. Let me warn you, it won’t be fair play. They are very aggressive and defend what’s theirs. Their ability to bottle up their anger is what makes them scary. Once it is out, there’s no way to know what will happen.

Above everything, an Aquarius is an extraordinary friend. Not only will they be by your side the moment you call them, but they will stick with you through the most challenging times. They are great listeners and will always be there to hear you out. They are the best at giving advice.

Aquarius is not impulsive. They’re very calculated and think before doing anything. Sometimes their overthinking gets them in trouble. Even if they have to decide on something that happened years ago, they first write down the bad and good things. It isn’t necessarily a bad thing, but sometimes they miss out on great things because of it. 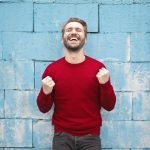