First impressions are significant for men, so make sure you don’t do anything from this list:

10. DRINKING AND THINKING IT IS COOL

It seems that drinking makes the kisses hot and aggressive. However, do not make it a habit to drink a lot before the date – men don’t like girls who drink, especially on the first date.

In their 20s, many girls like when men talk dirty or when they are being dicks, so to say. Don’t be fooled; he doesn’t like you. He is just insulting you.

Text messaging doesn’t count as a conversation. Just like phone sex doesn’t mean you are doing it. No matter how many smiles or heart emojis he sends, if he doesn’t call you on a date, forget it. A phone should only be used to set up a date and not as a toy for dirty purposes.

Look at that blonde; she is so stupid and ugly! That fugly bitch! This is something your future boyfriend never wants to hear. He will only think badly of you.

If you start dating your exes’ best friend, you will inevitably run into your ex. He is texting you the next thing you know, and there is drama. Maybe you should think twice next time.

5. FLIRTING WITH YOUR BFF’S NEW BOYFRIEND

Do we really need to explain this further?

Nobody wants to hear you blabbing on and on about your ex.

You just go on and on about yourself and do not ask him a single question. He will pay the bill quickly, so he can run away. But be sure to ask him about what he likes and the name of his pet…

You just met, and you already got too touchy with him. Most men don’t like physical touch for the first couple of dates.

We send risky texts under the influence and find it funny. While the person was reading it, not so much. In his eyes, you are just a desperate one. 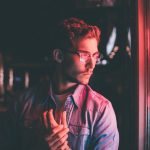