Each sign has its weaknesses, but we forget that weaknesses are the greatest strength. It is an opportunity to accept ourselves from our Shadow or dark deed and thus realize in relationships that everything that makes us angry at our partner actually belongs to ourselves.

That fact allows us to love the mature, and the path to that offers the weaknesses of each sign.

Thus the Virgo is prone to guilt. She finds it harder to grow up and accepts responsibility for bringing shame. Virgo is characterized by low sensitivity, so she prefers to enjoy the experience of her own moral correctness, which is why she tends to hypocritically restrain her weakness in expression.

Aries is too proud to satisfy his arrogance with her public manifestation, as does the Libra type, who is not naturally a slave to his feelings. Instead, Aries should turn to real courage and strengthening of will, and not to impulsiveness, which he calls justice and courage.

Libra uses feelings to manipulate other people to achieve its ultimate effect – an imaginary notion of self-worth and greatness in another person. If Libra turns to real feelings and compassion, he will become aware of his weakness. Scorpio is oriented towards the abuse of sensory experiences, which is why it goes to the other extreme, such as the asceticism with which it is punished. Balance is most important for Scorpio.

Sagittarius struggles with arrogance and megalomania, as well as superficiality. Still, if he turns to discipline and actual knowledge through humility, he can become aware of his Shadow. Leo has problems with the will to power. Patience and service need to be learned. Gemini’s weakness is selfishness, selfishness, and indecision.

Strengthening the decision, a broader view of knowledge and retaining that knowledge would naturally help him grow up.

Cancer creates selfish sentimentality, which he then calls love.

With a line of least resistance and irresponsibility, Pisces must accept responsibilities and decisions. Taurus with domination, a formalism that should be turned into creativity by developing determination in creativity. With eccentricity in which he is falsely free, Aquarius must create a will and be free with a responsibility he lacks.

Capricorn with ambition as a defense system, is afraid of emotions and with his rigidity is difficult to surrender, so he needs to learn what surrender and compassion are.

In any case, all signs are slaves to the senses and perceptions of reality through which they affect the world and thus shape perceptions. That is why people understand the world through subjective experience. They do not see the world realistically, which creates sadness and disappointment.

Psychological types, viewed from the aspect of signs are the product of a combination of motives and feelings. Signs, and then people, cannot withstand the critique of common sense and rely on the personality’s defense mechanisms.

Thus man defends himself from the voice of reason and conscience that calls him to change, to accept his personalities which he now sees as weaknesses, but later become his greatest strength. That is why relationships are actually a process of self-awareness, not worldly enjoyment. When it disappears, people enter into new relationships. 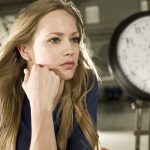